I finally pulled the trigger and bought a Sony NEX-7; the most powerful EVIL camera, ’nuf said.

Well actually there are a lot to talk about. As mentioned in many other reviews, this camera is extremely versatile. It features three control wheels, six (or five depending how you count) customizable buttons, a solid grip, an awesome EVF, a tiltable screen, a 18 mm flange distance, a flat top with a manly profile, and a movie button with a red dot on it. I have done some quick tests, and the bottom line is, it is a very good camera for people who don’t shoot photos for bread. 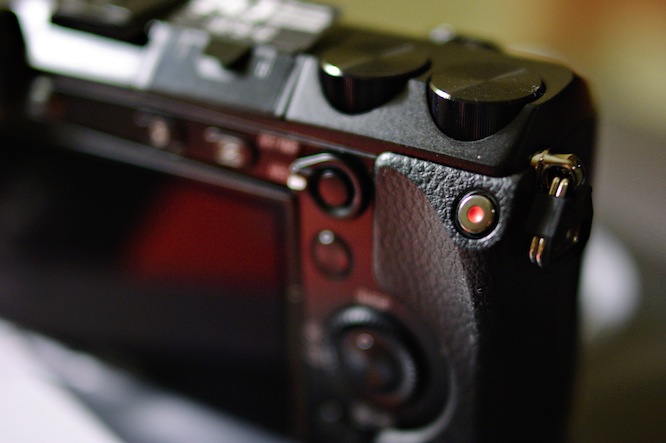 To be honest, I’m not impressed by the manufactureing. Although it is a top-of-the-line EVIL, it just does not compete with even the most pitiable SLR. The buttons and switches feel soft and unclear in comparison with my Nikon D40. There are also uneven seams through out the construction, among which the most annoying one I found is the one between the battery room door and the body. And—I don’t know how a normal human being can make a decision like this—the hot shoe is made of plastic?? WTF Sony? Last but not least, it seems to me that the three teeth of the lens mount are also made of plastic? Very unlikely, but they are black instead of the usual polished silver that you can find on any other interchangeable-lens cameras, and it does not feel as cold as other metal parts.

I have already said a bunch of bad things about NEX-7. But notice, that I’m paranoid about craftsmanship—very much so. It is quite likely that when you get one of these in your hand, you feel nothing but the opposite of mine. And I have read a number of reviews that praise the construction of this camera.

I don’t expect it to compete with SLRs, and I have never handled any other EVIL cameras before, so I cannot compare. But overall the handling is very good. I can naturally hold the camera single-handedly and let my thumb rest on the slope next to the movie button. And I didn’t experience the accidental movie recording problem that happened to many.

I am currently using a Voigtlander Ultron 40mm f/2 SL II with Nikon mount, which is a heavy mixture of metal and glass. It makes the camera unbalanced in my hand, and extremely awkward when shooting with one hand.

Placement of buttons and wheels are not bad. They are distributed with enough space in between. The back wheel is a bit hard to reach when shooting, but it’s alright.

In the official specification, the EVF is said to be with XGA resolution, and “2359k dots”. Sony is being a little dirty here, because XGA means 1024 × 768 ≈ 800 k pixels. Apparently Sony counts each single LED as a dot, and thus 3 dots form a pixel. Who cares whether regular customers understand, right?

But leaving marketing behind, I have to say the EVF on the 7 is awesome. It is very bright. Unlike LCD, black in OLED is actually real black; and that makes it also very contrasty. The color representation is extremely good, probably only a tiny little bit warm. I didn’t pay any particular attention, but I couldn’t notice any lag. When shooting in dark, the EVF is noisy, as one should expect, and is still very usable.

Simply put, there is nothing wrong with NEX-7’s image quality. It is not a Leica killer, or a killer of any full-frame. The noise level is descent among APS cameras, especially so considering the sheer amount of pixels it has. ISO1600 is usually usable, although the noise arises pretty early at ISO200. What shines is its giant dynamic range at highlight. Pulling by 4EV (note to self that no one else would understand: not “eV” you moron...) is a no-brainer on this camera. In the following photo, the sky was originally pure white, because I metered on the road sign, which was in shadow. I was able to pull tons of information out of it. 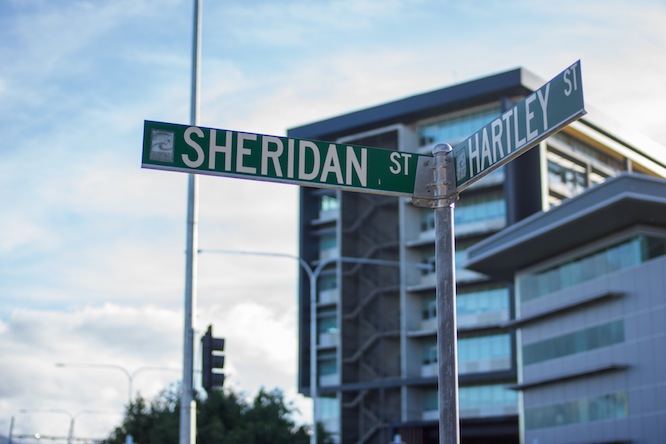 On the number of pixels, it does have 24M of them, but you’ll probably need a ultra-sharp lens and a tripod to make them count. And people who really need that many pixels won’t buy this camera.

This camera does an excellent job on white balance under incandescent light. The output is tinted with a natural and subtle warm tone, which is extremely pleasing to look at. The gradient from grey to highlight is soft (“creamy”). 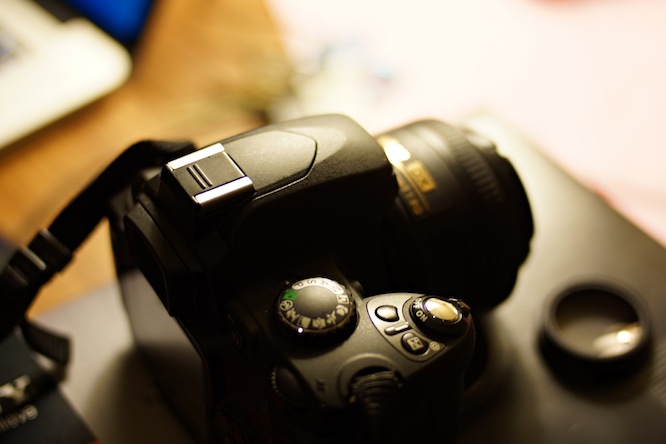 Currently the only descent E mount lens is that Zeiss 24mm f/1.8, but it is not worth the price in my opinion. However, this is not really a problem. With the 7’s small flange distance and focus peaking, what we are talking about is a camera born to be used with third-party manual lenses. And in reality, using the peaking feature is indeed pure joy. (Split screen sucks...)